Allegiant by Veronica Roth
My rating: 3 of 5 stars

I am so disappointed with the final installment in the Divergent series. It is not just as a result of what happened to one of the characters towards the end of the book that irked me. It was the whole thing.  The arc of the story changed drastically. There was a lot of focus put on genes and genetics that had never been previously mentioned in the series. At first it almost seemed as though this was a standalone and not the final novel of a trilogy.

The story started off incredibly slow and at times nothing was holding my interest. I hated the narration in the novel as it was extremely difficult to know whether it was Tris or Four speaking as there were very little to distinguish the two. As a result of the two narrators in the novel some chapters were too short and there was also some jumping in the timeline that confused me.

However the one thing that really annoyed me was the end to the conflict in Chicago. There was no war, no armies, no major epic battles of will and blood and guts and gore. No, Four went and had a chat with his Mother and all was well and good in the world again because they love each other and all that Jazz. This is not Harry Potter Ms. Roth! The Mothers love and care deal didn’t work here.

EDIT: October 27 2013, 37%
Trying to read this slowly because (a) Its Allegiant (b) The multiple POV between Tris & Four is slightly on the confusing side & (c) I accidentally read a spoiler that I am not looking forward to getting to 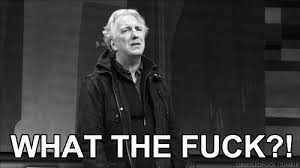 View all my reviews

This site uses Akismet to reduce spam. Learn how your comment data is processed.

Check out my books on Goodreads: http://www.goodreads.com/profile/Ais17